Rejection Sucks! Or does it?

Come on, theres no skirting around the edges - REJECTION HURTS - like going three rounds with Mike Tyson then some!!

But how about we completely turn rejection on its head?? Huh? I hear you say!

I ask you this.... Mentally have a little look through your past life pivots: - break-ups, job interviews (when your heart literally sinks as you fluff a question and you just know you're going to get the dreaded 'NOPE' call), and/or what about that college rejection letter - atmosphere buzz kill. What will the family say? Yikes, the look of disappointment on their faces! Boy it all felt like the proverbial kick back then didn't it?

But look, I'm not asking you to look through your past rejections to feel a pinch of pain (I'm not that mean) - I'm asking you to do so so that you can see just how the nature of those then 'rejections' lead you to the place/s where you are now! Life isn't tidy - its richly messy and uncertain and fragile and if it were not it would be deeply boring! Chaotic too, but thats ok if we learn to accept the chaos. We will all get a little bit bruised and dirty - that is life.

So every time you feel the sting of hurt or pinch of pain from rejection how about flipping it on its head and thinking that maybe, just maybe - those rejections may have been just pushing you to exactly where you ought to be! AND stronger, wiser, tougher and with empathy for all those others that too (just like you) have experienced rejection! 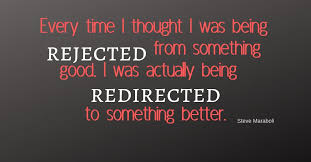 Clearly please forgive yourself for feeling hurt at the time of each rejection..... we are humans and not robots after all! If we are rejected by other humans (abandoned as children for example) studies have shown that it can actually 'hurt' so the expression is very accurate love (rejection of) can hurt, and a bunch! Explained simply: it is because as humans don't get up and run like baby horses, giraffes (awe) and gazelles (for example) we mature much later. Therefore we as infants depend on others for care and nurturing and instinctively we are 'clingy' to try to persuade our caregivers to stay otherwise we wouldn't make it to the age of fending for ourselves. That genetic innate make-up we have (to stop other humans from leaving so we don't starve and freeze) still factors in to our belief systems about rejection - even as adults. Therefore we can feel marginal and/or extreme pain when we feel rejected - even though we are quite capable of sequestering another college diploma somewhere else and/or another (more suitable) partner for example. We are at the bequest of our innate emotional IQ intelligence! Darn it! Sometimes it works just fine and other times its slightly in overdrive and just like everything it needs to be molded to fit us.

What was I saying..... Life is messy - prime example! Its delightfully not delightful at times!

This chap below is my absolute favorite human at explaining why rejection is actually fantastic!

His name is Jia Jiang and this video about his rejection social experiment is a must watch and hilariously funny!

I dare you to try to get a number from CEO - or even better an Insta handle! I dare you to ask the doughnut lady for an extra doughnut shaped in a heart for your girlfriend, I dare you to put yourself in the position of getting rejected time after time after time - over and over again WHY?? Because I know you would  would rather be a ninety year old with some stories to tell about the handful of times you got rejected than than a person who lived wishing he/she had had the courage to try.

Not every time, but if you don't try you'll never know will you?

Imagine if we all went about our days trying to encourage, motivate and inspire others! Imagine.

We are all Stars!

Popular posts from this blog

Get up and be MOTIVATED! 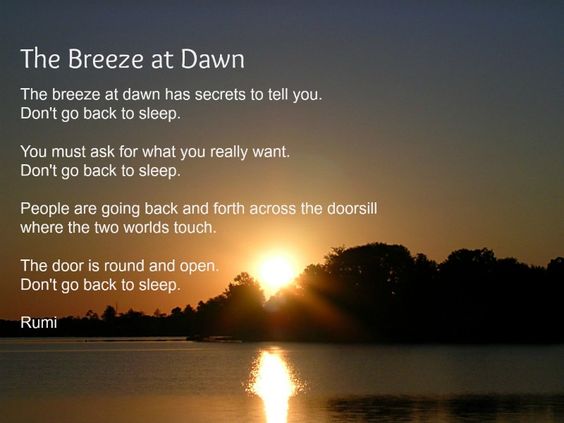 Hello Stars, I trust and hope the world is being kind to you.  So what gets you motivated? Life can be a bit of a hamster wheel cant it? However here we are. So we have various choices in life: Do we search for happiness in gaming, gambling, drugs, porn, lose living, non-accountability, lies and or spending money we don't have - just so we can fill a void - the void being the hamster wheel?  Well, these measures are proven to be a slippery slope and most certainly not advisable. Of course in the plethora of activities to enjoy in life there maybe wiser choices to fill up ones time. Maybe trying many different activities to find 'happiness' then subsequently finding out that they don't provide longterm happiness isn't such a bad thing - but be measured - be safe. The end result will always be the same.  If you're looking for joy outwardly its going to be a long tough road.  Alternatively, we could change our mindset.  We could start (for example) to look at the t
Read more Hello Stars! Its probably one of the first times in eons that we are all dealing with something together - not just the human condition as you're reading this - but a global pandemic. Its often been too easy to look at others suffering through a situation - a war/famine for example - and to feel quietly safe that it isn't happening to us - as its not in 'our country'. Not so in 2020.  Although 2020 has been a crushing and debilitating year so far for most of us wouldn't it be a nice thought to think that it may bring us globally closer together? To be less 'separate' and more compassionate towards the global whole? We all feel pain, suffer loss, feel unwell sometimes and need love - really the separateness we feel isn't real.  So! That brings me to the title of this post. How many of us are mindful of trying to GIVE rather than GET from others? How many of us practice kindness? Well truthfully I know many people that do, I try to make it part of my dail
Read more